Home › News › The Ukrainian Sea Ports Authority and “Delta Wilmar CIS” LLC have agreed to create a new water area, to build a berth and new capacities for processing and transshipment of agricultural cargo in the port of Yuzhny

The Ukrainian Sea Ports Authority and “Delta Wilmar CIS” LLC have signed amendments to the memorandum and determined priority actions for the implementation of the next public-private partnership project in the port of Yuzhny. It is planned that private investors will build a new berth № 37, a soybean processing plant, storage and facilities for transshipment of bulk and loose agricultural cargo. The state enterprise, in turn, will conduct dredging works to create the operational water area and the approach channel to the new berth.

“This is the fourth public-private partnership project in the port of Yuzhny. We already have a good experience of working with private investors in such format. Last year, the USPA completed dredging work near the new berth of MV Cargo Company in the port of Yuzhny. This year investors make plans to put into operation the terminal itself. The new project with “Delta Wilmar CIS” LLC will create 200 new workplaces in the port and increase the processing capacity of agricultural products by 600 thousand tons per year, ” said the head of the USPA, Raivis Veckagans.

The next step in the implementation of the project will be the conclusion of an agreement between the USPA and “Delta Wilmar CIS” LLC, which will record the obligations of each party, as well as the deadlines for completing the work at each of the stages. It is planned that the total volume of transshipment, taking into account all the berths of the Yuzhny seaport, where “Delta Wilmar CIS” LLC will operate, should be at least 1.2 million tons / year.

The USPA intends to consider the possibility of providing a project to create a new operational water area with the depth of 15 meters within the waters of Adjalykskiy estuary of the Yuzhny sea port, necessary for the full operation of the future berth № 37, which Delta Wilmar CIS LLC is planning to build. For his part, the General Director of the investor company, Evgeniy Sadovoy, noted that an important feature of the Delta Wilmar CIS LLC projects in the Yuzhny port is the development of processing capacities of agricultural raw materials in Ukraine and the production of products with higher added value within the country. The new plant for processing soybeans will have a capacity of up to 2 thousand tons per day, the terminal for the accumulation and simultaneous storage of grain and meal – 40 thousand tons.

“Creation of capacities for processing agricultural raw materials in Ukraine will have a positive impact on the country’s GDP. The expected economic effect is more than 500 million UAH per year, ” added Evgeniy Sadovoy. This is referred to in the amendments to the memorandum, which were signed on March 11, 2019 between the USPA and “Delta Wilmar CIS” LLC in the presence of Alexander Basyuk, Director of the Department for Reforming and Functioning of the Sea and River Transport of the Ministry of Infrastructure of Ukraine. 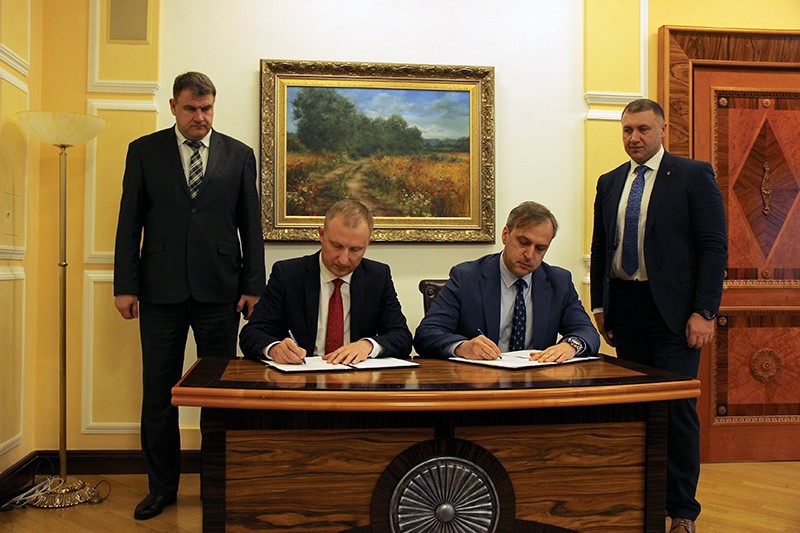